The family of a man from Clevedon who died from motor neurone disease (MND) have donated £4,000 of equipment to the team of community therapists who supported him.

Adrian Bull was referred to Sirona’s North Somerset service after being diagnosed in 2019 with the life-shortening disease that affects the brain and nerves.

It’s estimated that up to 5,000 adults in the UK are currently living with the condition that has been making headlines after rugby league star Rob Burrow shared his story.

There is no cure for MND but symptoms can be managed to help sufferers achieve the best possible quality of life.

For Mr Bull, who was a keen singer and choirmaster for a number of churches over the years, being able to effectively communicate in the later stages of the disease was incredibly important to him.

Speech and language therapists worked closely with Adrian to create a voice bank that would enable him to talk using his own synthesised voice even when he could no longer form words himself.

To honour his memory and thank the team who had helped him so much over the last few months of his life, his family decided to donate his speech equipment to help others suffering from the same condition.

Jen Dobie, a Speech and Language Therapist, who described Mr Bull as “a great character who used to make me laugh”, said:

“He has left a wonderful legacy; this extraordinarily generous donation will mean that other people who cannot afford this kind of equipment will now get a chance to communicate and we will remember Adrian every time we lend that equipment out.”

The Grid Pad is a communication aid like a large tablet where people with limited verbal communication can spell out or select pre-programmed messages that are then used as a voice output device. Each time it’s used it is tailored to the individual.

The Eye Gaze device is so that when people with MND lose the physical ability to type directly onto the machine or use a switch to select letters or messages, they can control the device with their eyes.

The Amplifier would have been used in the earlier stages of the disease and is used to amplify the loudness of someone’s voice. 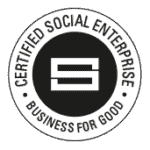